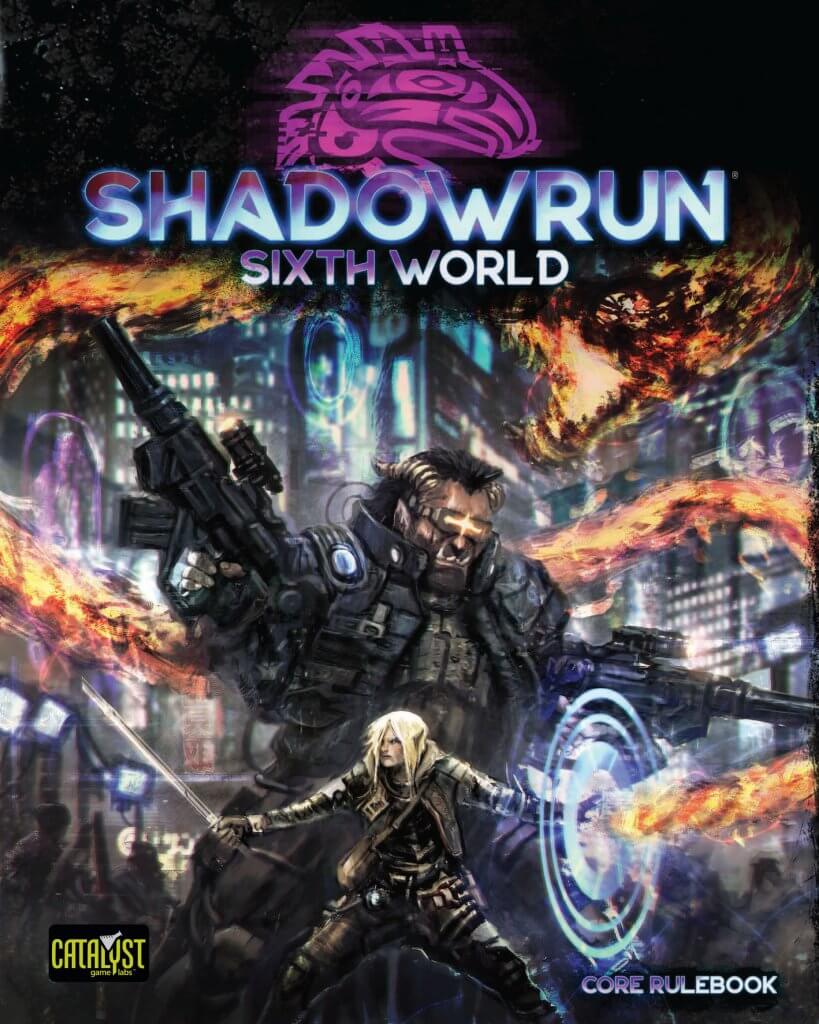 The odds are against you. Of course they are. The other side has more people, more firepower, more money, more everything. What they don’t have is you—your brains, your guts, and your willingness to put everything on the line. Your job is to make that count.

Shadowrun, Sixth World is the latest edition of one of the most popular role-playing games of all time. In 2080, the world is controlled by massive megacorps that draw on a wealth of technology and magic to keep the world under their heels. But there are some people who resist, who refuse to sell out, and who survive by doing the dirty work no one else will do. They are shadowrunners, and they’re waiting for you to join their ranks. Be an elf shaman, an ork street samurai, a dwarf rigger, or any of thousands of other possibilities. Find your skill, your unique expertise, and use it to take the wild chances that can keep you alive, that will give you that one last chance at freedom. So you can survive until the next one.

Shadowrun, Sixth World is a role-playing game with everything you need to play besides six-sided dice, pencils, and paper. Launch into multiple sessions of gaming fun and put your shadowrunner on the road to greatness!