The Big Ten–they’re a constant part of the Sixth World landscape, but they’re also always changing. They acquire and demolish subsidiaries, they introduce new products and quash old ones, and they shift mountains of money. Keeping up with them is a part of every shadowrunners’ business. Knowing how to work for them and learning how to subvert them are equally important. To do that, you need the new corporate book for Shadowrun, Sixth World–it’s called Power Plays, and it’s available now (Catalyst store, DriveThruRPG). Here are some more details: 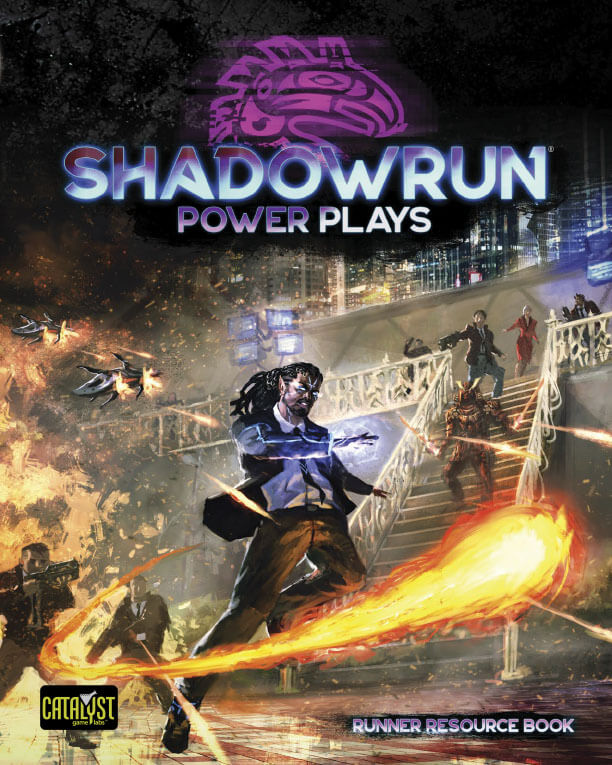 You can be proactive, shift paradigms, think outside the box, and set aggressive agendas all you want—the megacorporations of the Sixth World are still going to disturb your plans, ruin your day, and screw up the world. They are shadowrunners’ employees and adversaries, the source of cash and the source of despair. Shadowrunners need to know them—because knowing your enemy is the first step to bringing them down.

Power Plays provides updates on the Big Ten megacorporations of the Sixth World, as well as news on a few other corps. Whether you’re taking a job from one of them or going up against one, this book has what you need to know to survive the job.

Power Plays is for use with Shadowrun, Sixth World.