Possibly the two most frequent questions I’ve received recently are: When is the core magic rulebook for SR6 coming out, and will there be a reprint of the Sixth World Tarot? Today, I can provide good answers to both questions: Now, and yes!

First, we have Street Wyrd, the core magic rulebook for Shadowrun, Sixth World, which is available for PDF purchase and print pre-order [Catalyst store, DriveThruRPG]. It has expanded rules for spellcasting, adept powers, enchanting, conjuring, and more, and it includes a spell creation system that allows you to make your own spells! Here are some more details: 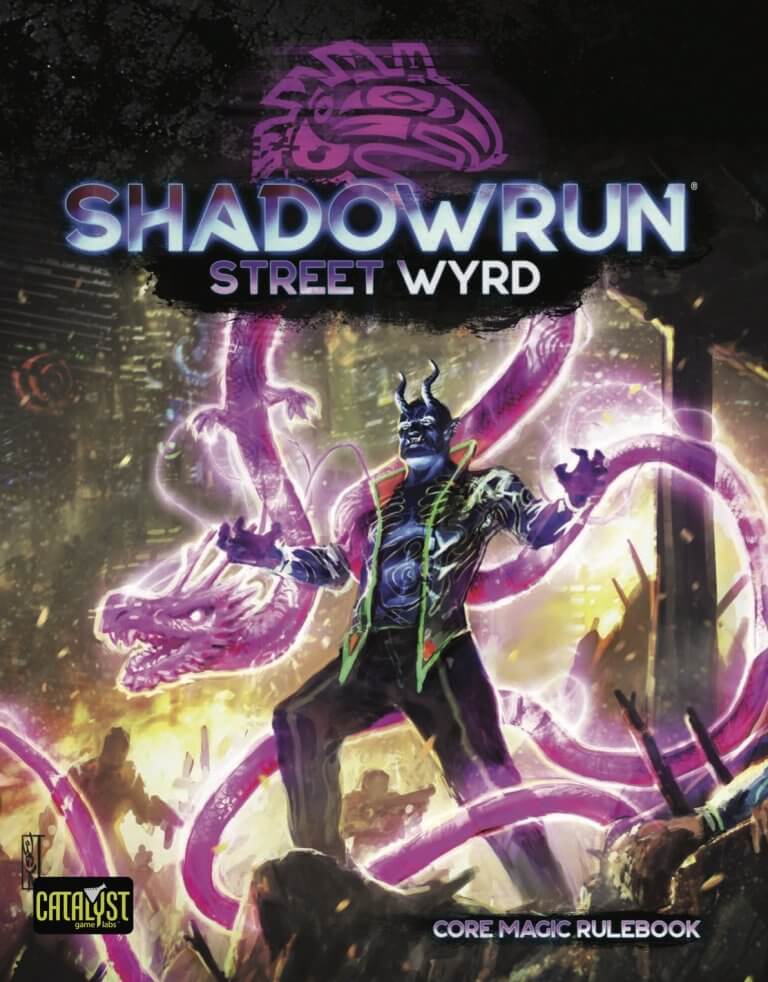 The power to shape the world can also tear it apart. The power to summon spirits and gain allies can also conjure enemies and lead to your own destruction. And the power to fill objects with magic is also the ability to make them blow up in your face.

Shadowrunners learn about power the hard way—by being on the wrong end of it. That means they often gather it to them however they can, consequences be damned. Street Wyrd is a guide to all sorts of Awakened power, from spells to adept powers to new spirits to enhanced enchanting rules. It also gives runners the power to make their own spells to unleash on their enemies. Because runners know that the power you grab for yourself is the only thing that stays with you.

Then we have the Sixth World Tarot: Arcanist Edition, which is also available now [Catalyst store]. It has the same gorgeous Echo Chernik art on every card and the same guide to using the deck, but the cards are larger than ever, allowing you to take in more details—and try to solve the embedded puzzles! Here’s a bit more info:

When you look at this tarot deck, what do you see? You can’t miss the 78 cards with gorgeous, original art by Echo Chernik, that adapt tarot arcana to Shadowrun’s Sixth World. But look closer. Examine the details. Explore connections. Do you see them? Are you catching everything the cards have to tell you?

Are you seeing enough?

The Sixth World Tarot is a complete deck of Shadowrun-themed tarot cards, useful as game props, plot hooks, or any other purpose tarot cards are for!