We all know the Sixth World is a dangerous place. Entire books could be written on the different things that could kill you. In fact, entire books have been written about things that could kill you. Including this one! Collapsing Now is available in print and PDF forms [Catalyst shop, DriveThruRPG], and it has stories of vampires, dragons, terrorists, and the kind of threat they’re still working on the exact word for. Here’s a little more info from the book itself: 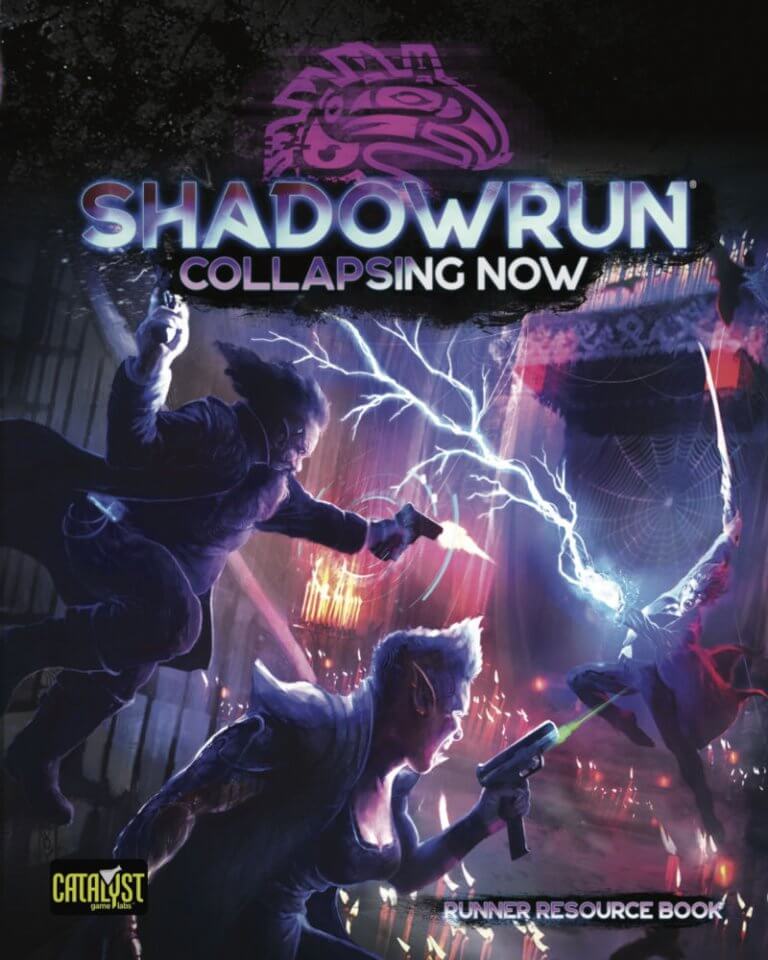 Some are careful, others are chaotic. Some are new, others old. Some are ruthlessly calculating and logical, others have only the barest acquaintance with sanity. But they’re all in the shadows, they’re all dangerous, and they’re all things you need to know.

Collapsing Now details ten organizations poised to make an impact on the ever-shifting structures of the Sixth Word—ten organizations shadowrunners could encounter. Maybe they’ll be helpful, maybe harmful, maybe both, but whatever the case, runners need to know what they’re about. Because the last thing a good runner ever wants to be is surprised.

And while it’s not available yet, look forward to the Sixth World Tarot: Arcanist Edition later this month! We’ll share information when it’s available!