We’ve been anxiously watching the progress of ships carrying Shadowrun merchandise across the ocean, and we’re happy to announce that they’ve made it to shore and gotten the items to our warehouse! Two new items are available for order—a plot book known as Slip Streams and a reference card deck called Gun Rack.

First, the book. Cutting Black introduced a whole host of plot elements that shook the UCAS and filtered out to the rest of the world. This included the disappearance of an entire army corps, which raised a host of questions: How did they disappear? Where did they go? And would they come back?

Slip Streams (Catalyst shop, DriveThruRPG) starts to answer those questions. The soldiers of III Corps are starting to return, and reality is falling apart around them. Worse, images and beings from other realms are sleeping through the cracks. Shadowrunners are desperately needed in this crisis, to fix some of the damage and maybe figure out a little bit about what the hell is going on. Here’s a little more info: 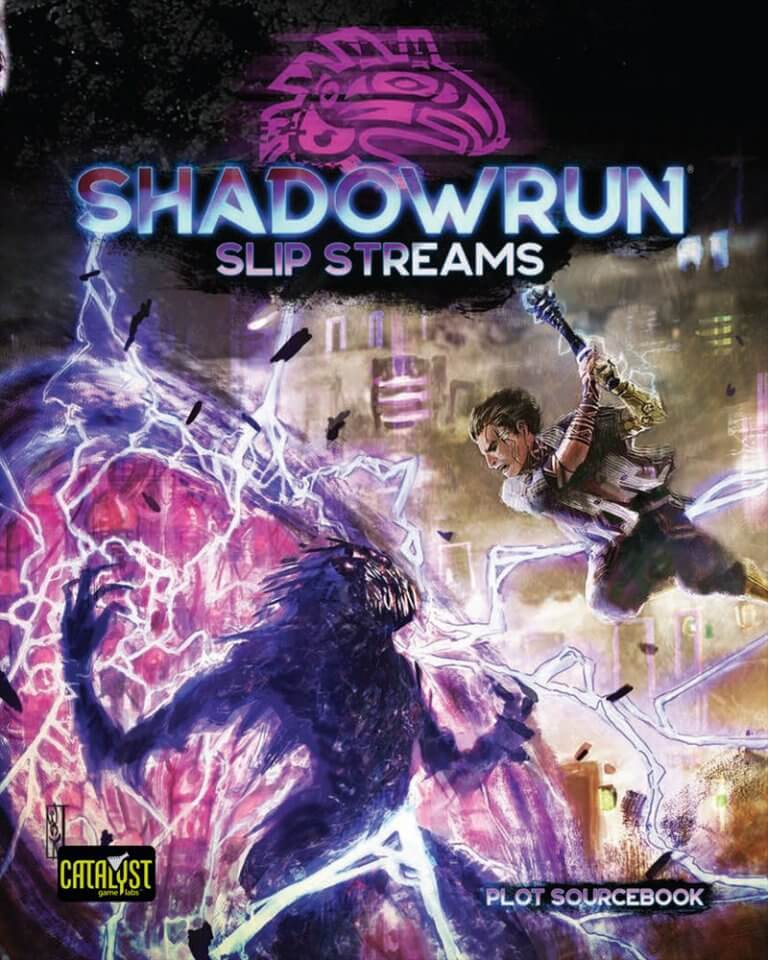 What you think is real rips and shreds, and the unreality beneath spills out. Everything you dreamed of. Everything you fear. The past returns, distorted and dark. The future sparks in glimpses and flashes. You see it all at once. You can try to deny it. But it is real. Everything is real. Which is that same as nothing being real.

Reality is tearing apart. The holes are everywhere. Dive into them.

Slip Streams is a plot book advancing the story of Shadowrun, Sixth World.

Then we have Gun Rack (Catalyst shop, DriveThruRPG), a deck of cards with more than 50 weapons (taken from Shadowrun, Sixth World and Firing Squad) as well as reference cards with weapon ranges, common weapons modifications, and more! Whether you just acquired a new weapon or want an easy way to look up the stats of an old favorite, this is the easiest way to find the information you need! 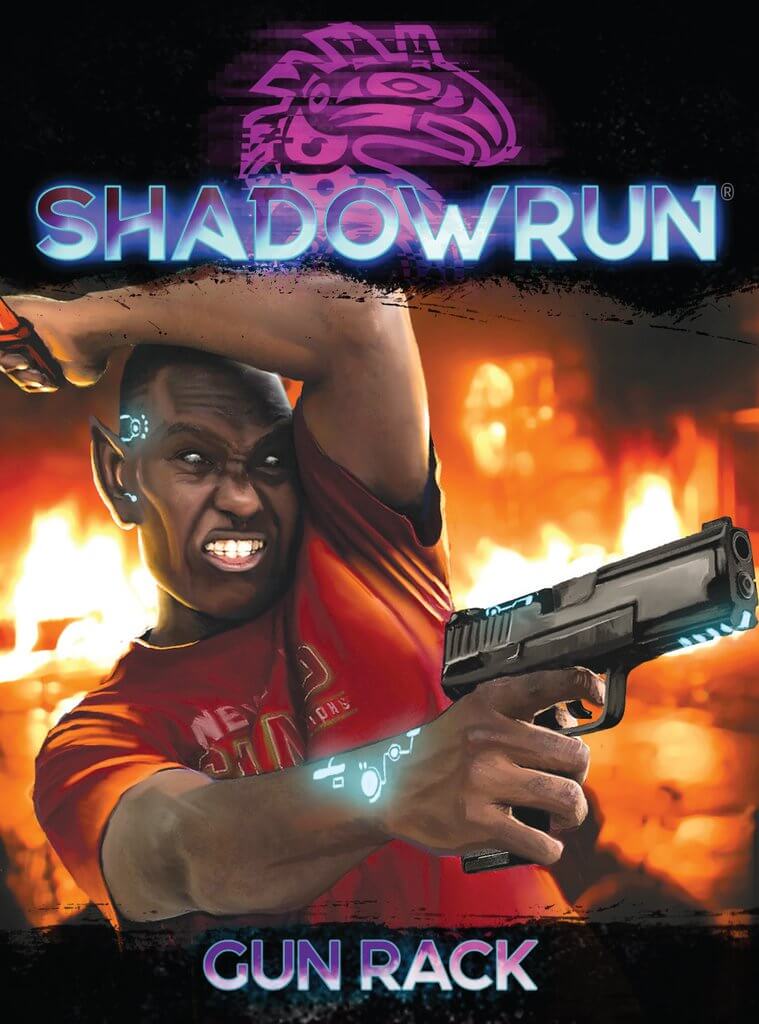 The Colt Secret Agent. The Ultimax 71. The Izom Artemis. These and many more are in this weapon pack, with each card having game stats and art. Includes weapons from Shadowrun, Sixth World and Firing Squad.

Purchase of these cards includes a digital version.