If you’re looking for new options for your Shadowrun game, we have plenty for you today! Two new PDF books just hit the virtual stores, ready to add excitement to your game. They are the Krime Katalog, a collection of weapons and vehicles from everyone’s favorite slightly reputable gun manufacturer; and Ingentis Athletes, an NPC collection of athletes who have fallen into the shadows—and who also happen to be troll variants. Here are the details on both of them. 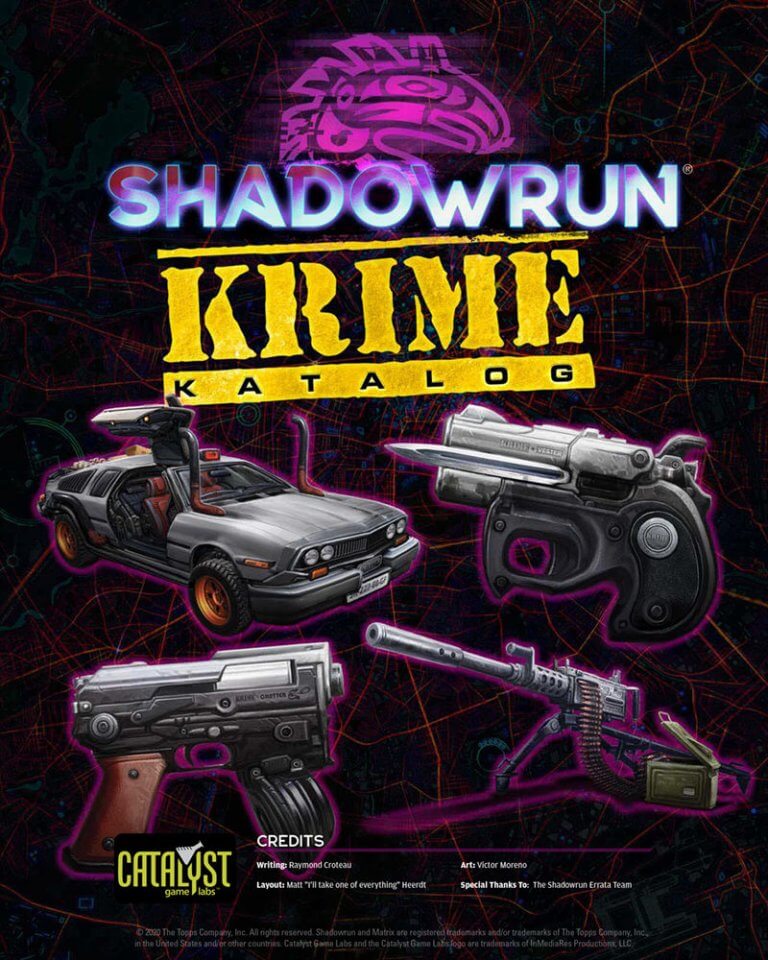 Look, do you want a really nice gun, or do you want something that’s going to do the job? When you’re firing a projectile at high speeds, do you really need frills like blued steel, personalized grips, or a safety? And when you’re a real-sized being—like a troll or an ork, instead of one of the punier things—don’t you want something that was designed from the ground up with you in mind?

All of this is why Krime exists—to give you what you want. From the beefy Krime Heater handgun to the overstuffed Krime Soldier to the rapid-firing Krime Monster, this catalog includes a full range of weapons, along with vehicles like the barely street legal Krime Wageslave and the abomination known as the Krime DeTruck Sports Truck. Oh, and some ammo and grenades thrown in, because that’s the Krime way!

Krime Katalog is a dual-statted collection of weapons and vehicles, meaning it can be used with both Shadowrun, Fifth Edition and Shadowrun, Sixth World. 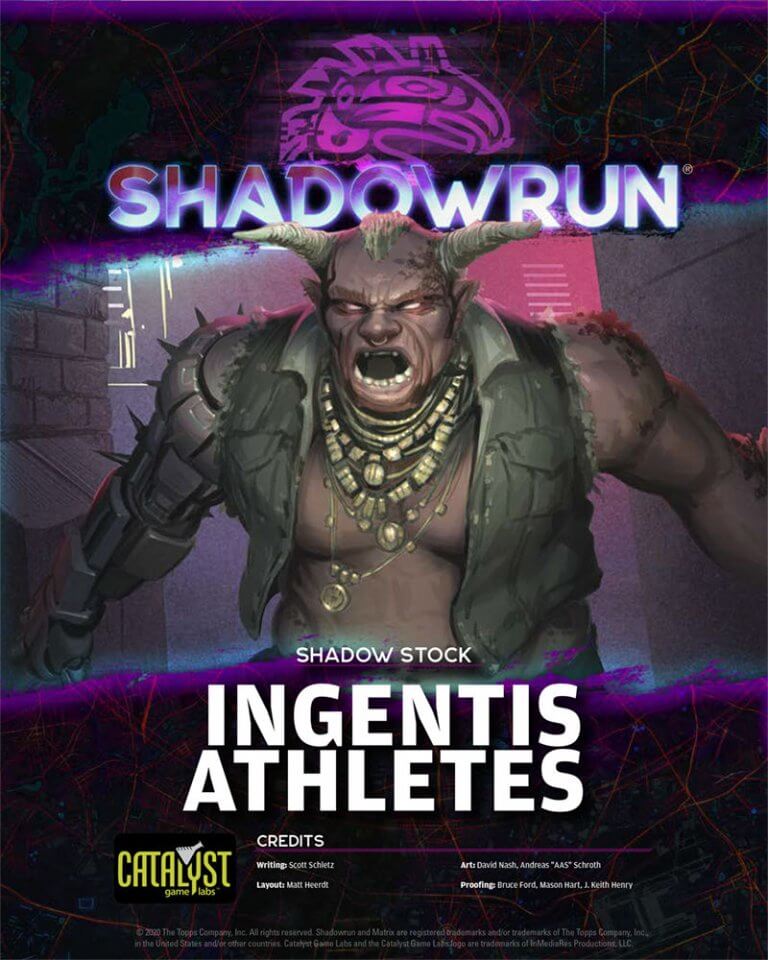 Once they were at the top of their field, or on the way there. Pro athletes, looking to make bank through fat contracts and endorsement deals, only to have their careers derailed by serious injuries and maybe a bad choice or two. Once their value on the playing field is done, they’re left high and dry, cut loose by the teams and corps who used to love them.

So when you’re income is gone but you’ve still got some physical skills, where else do you go to make a living but the shadows? Ingentis Athletes rounds up ten characters, giving their backgrounds and game statistics, with plot hooks that can help them be used in a wide variety of campaigns. On top of that, each character is a troll variant, so the book has information on making troll variant characters, including giants, fomorians, cyclops, and minotaurs. Broaden your game and character options with this book! Ingentis Athletes is part of the Shadow Stock line of books for Shadowrun, Sixth World, offering a selection of characters and rules for using them in your game.

There you go! We hope those books throw more fun and chaos into your Shadowrun games!