We know that Shadowrun, Sixth World content has not flowed as quickly as we wanted it to once the core book hit stores in early October, but we’re really excited to set players on a whole bunch of new adventures, with world-shaking consequences! More books are on their way to various stores and outlets, so here’s a quick rundown of what you can expect to see soon: 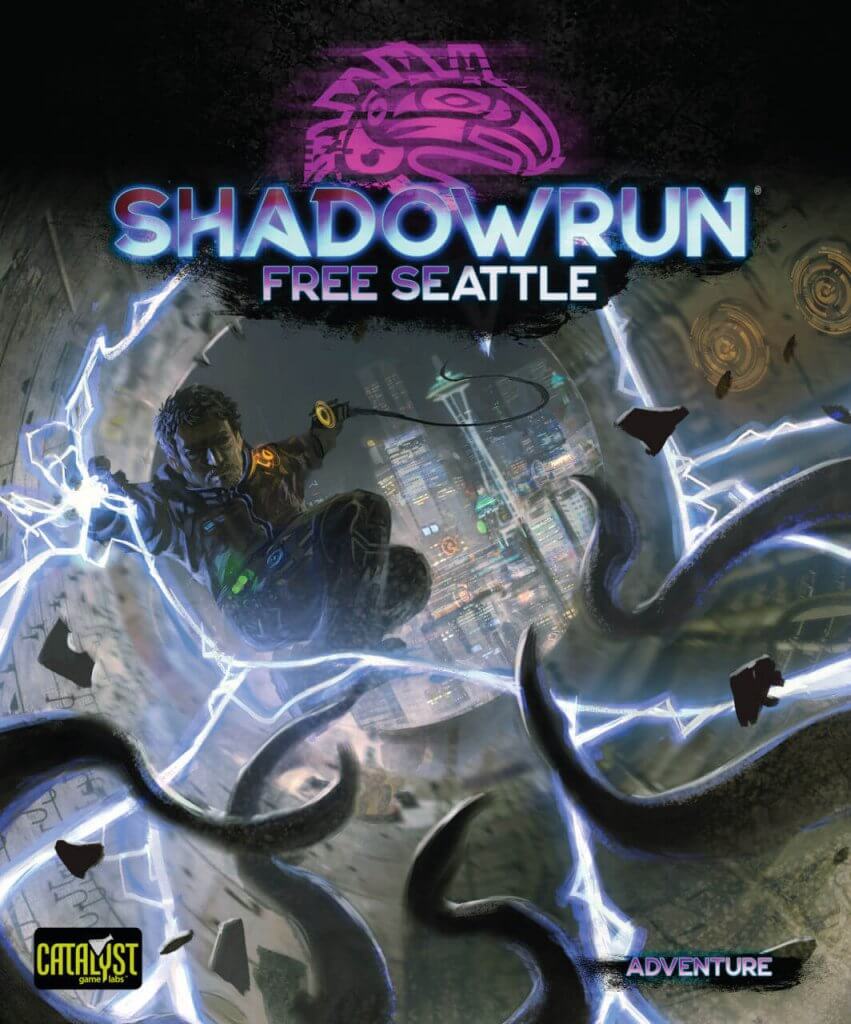 The UCAS is in the throes of some serious tumult, to the point where the leaders of Seattle are exploring independence. Luminaries are descending on the city for diplomatic talks, which means there will be shadow action behind the scenes. Mr. Johnson wants dirt on participants in the summit, and runners will be rushing across Seattle to get the goods—and hopefully not anger their targets enough that they get hot lead speeding toward their brains.

Free Seattle is an adventure for Shadowrun, Sixth World. It will be released in both PDF and print-on-demand formats and will be available as soon as the outlets approve it! 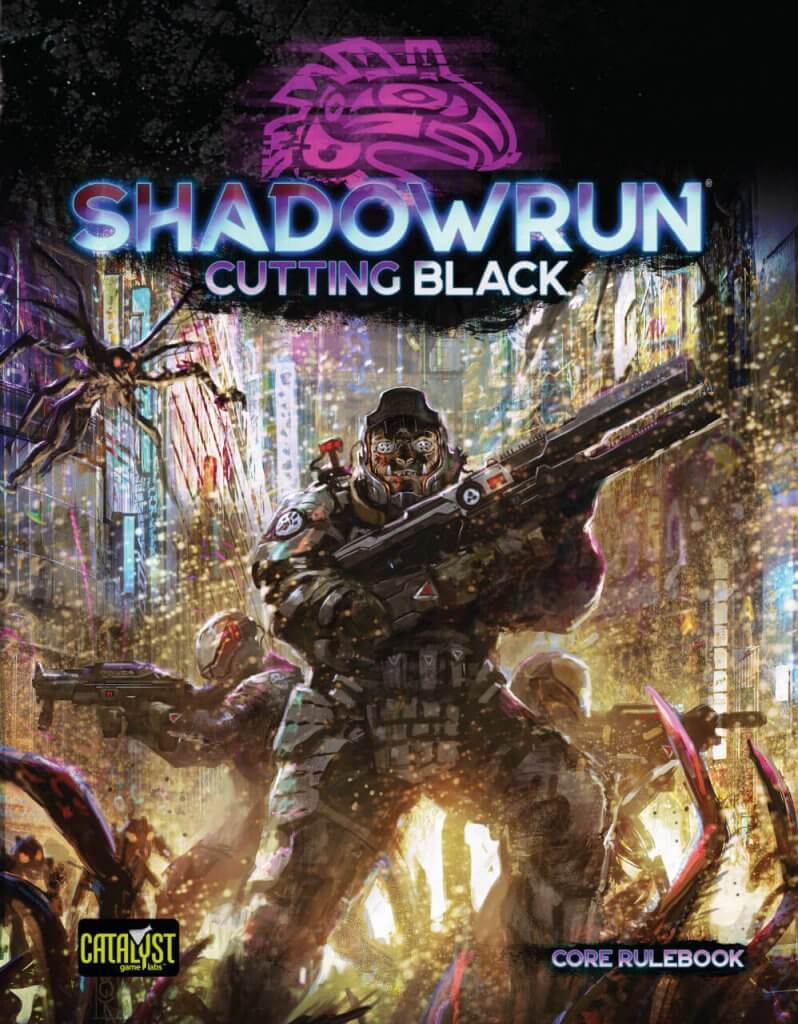 Remember the thing we said above about the UCAS being in tumult? This book is where you’ll get the full rundown. From Ares causing chaos in Detroit to the UCAS losing an entire army corps to complete chaos engulfing entire cities, this book provides a full collection of plot and campaign ideas to fuel exciting, memorable game sessions.

Cutting Black has shipped from the printer, and we’ll provide updates about its availability once the time frame is clear. 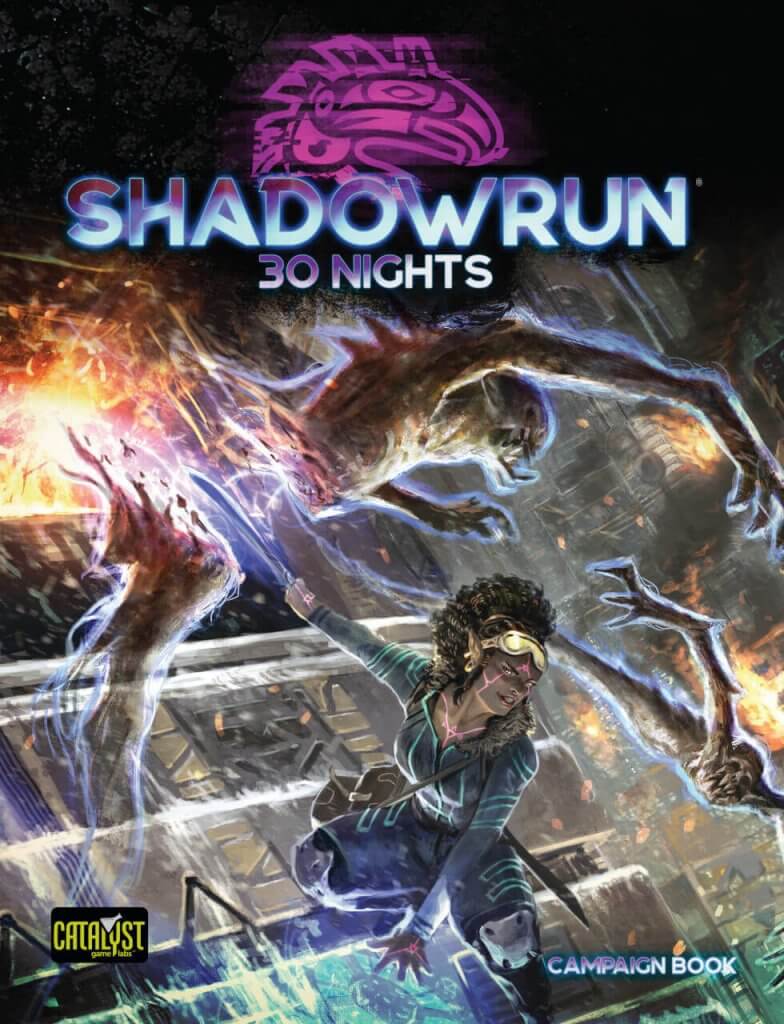 One of the cities engulfed in the chaos described in Cutting Black is Toronto, and in 30 Nights, runners get a chance to ride out the chaos in a series of challenging missions, at a rate of one job per night. The challenges will grow as the nights go on, and the runners will get the chance to untangle some of the mysteries about what’s behind the chaos.

30 Nights is about to be sent to print. It is being printed in the U.S., so it will have a relatively short time between being sent to print and release. 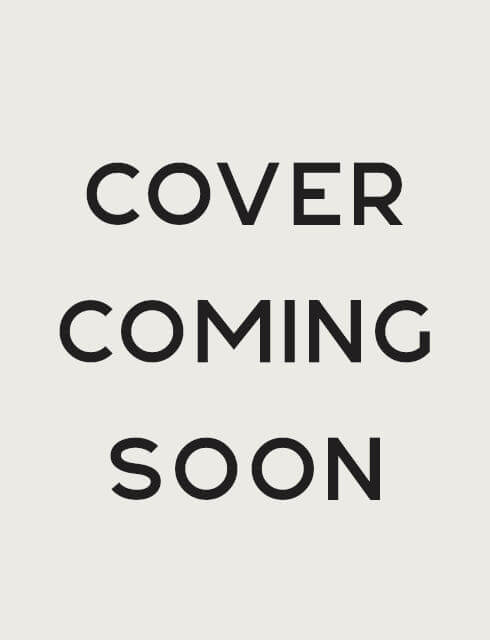 Shadowrunners know that there’s a right weapon for each job—and they perform a lot of jobs. Firing Squad has new weapons, new ammo, and new armor, along with information on common fighting forces in the Sixth World and tools for developing characters based on how they conduct and respond to combat.

Firing Squad is scheduled to go to print in December.

Beyond that, we are working on a plot book to follow up Cutting Black, a magic book, a rigging book, and more. We’ll post more news as books move forward!