Gen Con, as people insist on reminding me, is four weeks away, and that’s where the Shadowrun, Sixth World core rulebook will first be released into the wild. To build up to that, we’re going to spend the next few weeks talking about different aspects of the that book, including combat, Matrix, and the ever-present challenge of presenting the deep, enthralling world of Shadowrun to new users and experts alike. First up, let’s talk about magic!

Revising the magic system presents one significant obstacle from the get-go: I really like Shadowrun’s magic system (speaking specifically about spellcasting right now). I think it does what it is supposed to do admirably, in that it gives spellcasters the chance to do big things, do small things, and think about what it’s going to cost them. Want to throw a big fireball into a corp boardroom? You can do that, but be ready to have some cart away your unconscious body afterward. 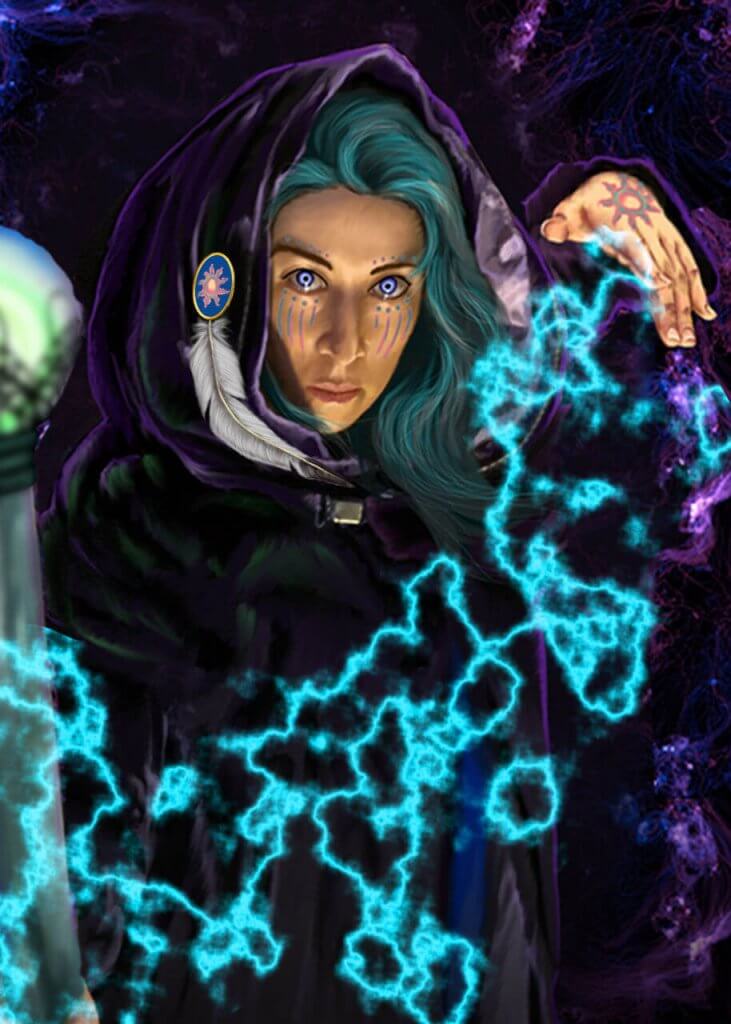 So if the system works, what needs to change? This was one of the first things I thought about when the very first gears of SR6 were turning. I pondered one recurring request for magic that came up fairly regularly, and that was for spells that players and gamemasters can generate on their own. That can be difficult to do in you want to keep balance right (though there is no such thing as perfect balance in RPG rules—but that’s a topic for another time), but it helps if the system is designed from the get-go to allow that.

So that’s what SR6 spellcasting is–it’s designed from the ground up to (eventually) allow spellcasters to make their own spells. It treats spells in a modular way, so that each spell is a combination of modules, at that combination tells you how much its basic drain will be. For example, the modules that go into Fireball are Combat + Affect living things + Fire + Area effect + Ranged.

Now, this is a bit of a tease, because you won’t be able to design spells right out of the gate in SR6. Doing that would have required putting all the modules and the instructions for combining them in the core rulebook, and we simply didn’t have the space for that. So given that, what are the ramifications for people who will be using the core book? Here’s a few:

Of course, spellcasting is only one area of magic. Adept powers, alchemy, conjuring, reagents, ritual spellcasting, and astral traveling/combat are in there, too. In those areas, a large amount of the changes that were made were to take advantage of the expanded Edge system, as discussed in the Shadowrun, Sixth World Developer Overview post. Various aspects of magic needed to be adjusted and tweaked to fit into the Edge paradigm, which should mean less calculating of modifiers so that you can get to the cool parts of a role-playing game. Spirits, unlike spells, still have Force, since it’s a handy way to measure the power of the individual entities, but Force does not act as a limit on Conjuring dice rolls. Enchanting needed a decent amount of tweaking, since many of its elements were based on the Force of the spell, which no longer exists, so other measures, including base drain value, were used instead. Reagents was one of those areas where good feedback during the development process led to rules that worked well with the larger system.

I hope that provides a taste of what we were thinking when working on SR6 magic, as well as whetting your appetite for that spell creation system you should see next year!