Roll initiative! Those words bring both joy and dread to everyone to ever sit at a Shadowrun game. Death could be a few rolls away, but the money is always on the other side of the action.

To reflect that, we needed a system to make that action flow smoothly. We wanted quick and light, but still just as deadly and tactical as previous editions.

Working on combat was a mixed bag of headaches and joyful epiphanies. Every option we tweaked got its own playthrough run. It meant a ton of dice-tossing, because we couldn’t change two things that affected each other at the same time. There were times in a four-hour sitdown where my group saw four different rule tweaks. When all was said and done, they all loved the final result because it meant faster combat resolution for future games—and they knew the result finally would stay the same, instead of being changed week to week, or even combat to combat!

To get to this final beauty, the team came together to start looking at what makes the action in Shadowrun awesome, while also examining what bogged things down at the table. First and foremost were the complexity of rolls being made. One of the easiest things to streamline was the series of shoot, dodge, soak, but let’s talk about what “easy” means to us in a Shadowrun context. 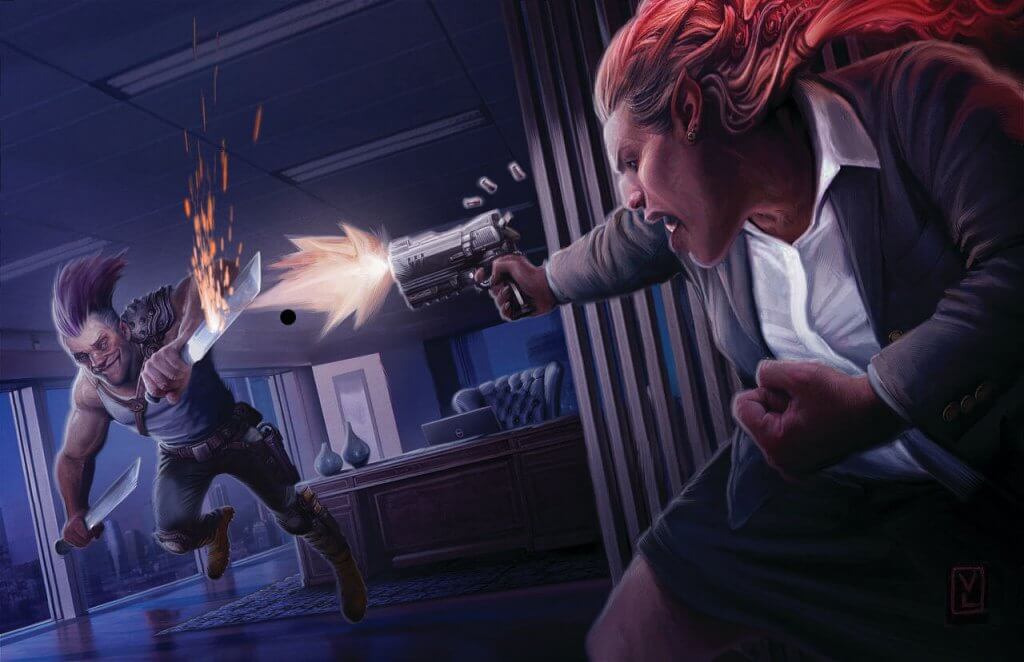 We looked at stripping it down to two rolls, one for each side, but found too many other aspects disappeared and that left too little flexibility. Then we started tweaking each roll on its own to see where the biggest slowdowns occurred. It’s easy to do math and figure probability, but to bring a stopwatch to the game and start timing rolls and Combat Turns IRL was a greater challenge than we originally thought. Especially since we needed to introduce new and old players alike to get a wider array of experience and see how the rules played out with new players and veterans alike.

In the end, things were chopped in a lot of different areas. We fiddled and found that the more cross comparisons you had to make (i.e., Armor and AP) the more time it took. We trimmed and merged and got ourselves our two primary combat stats: Attack Rating and Defense Rating.

Attack Rating became a merged up stat to cover, armor penetration, accuracy, recoil compensation, and just the general quality and design of the weapon all rolled into one. We spread it across the range categories to highlight whether a weapon is good up close or better at a distance, allowing for weapon variety without a ton of complexity.

Defense Rating was a bit more straightforward, with armor and body merging to show just how tough of a nut the character is to crack.

Compare the two and you get a real simple system of determining who had an advantage and who gets an Edge. 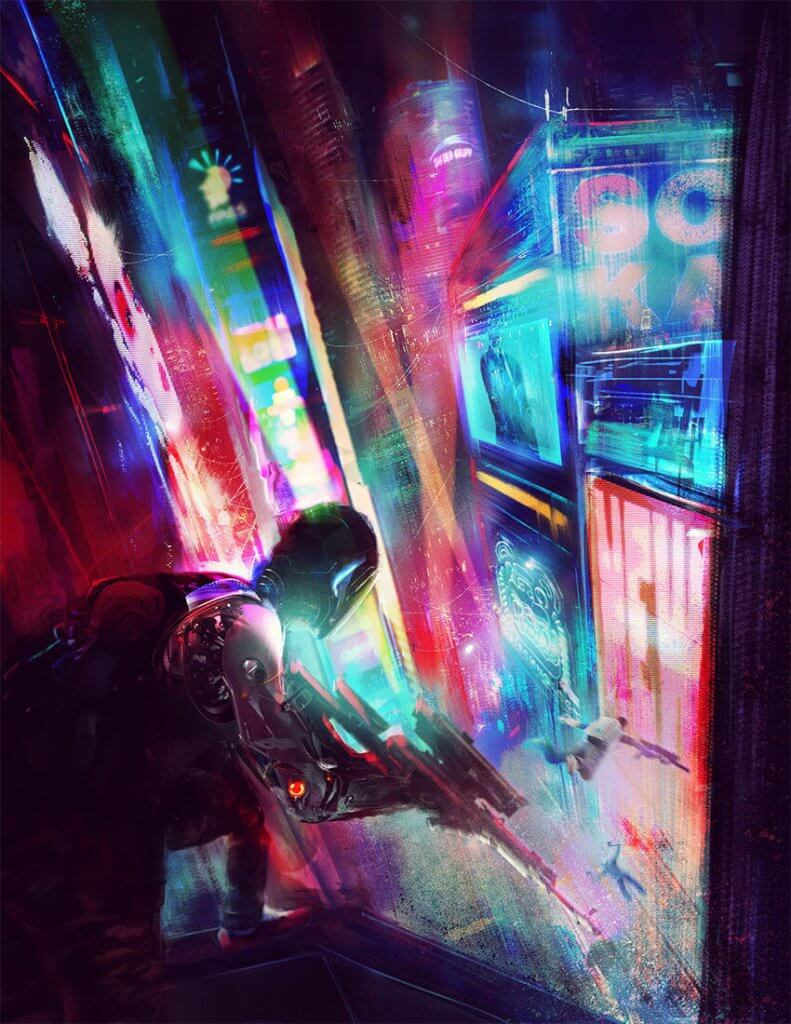 Edge is in fact the new place for most of those modifiers because another big slowdown in combat came with modifiers. Add for the smartlink, subtract for the lighting (or wait, no, we’ve got low light!), check for glare, wind, local dragon farts … if there was a modifier, it had to be accounted for. Now sure, some GMs just said “frag it,” but we wanted everyone sitting at every table to know what they were coming into with a system smooth enough for everyone to use. All those modifiers went to the wayside and we got it down to brass tacks. Who’s got the Edge on who? If we’re shooting and dodging in the same rainstorm, no one really has an advantage, so why toss modifiers on both sides that just shift dice pools in the same way?

So now it’s all an Edge game. It’s tactics and bonuses all rolled up along with something inherent in the character’s luck to seize an opportunity or for lady luck to smile down on them. Edge is no longer the precious resource you held until the big bad fight, now it’s all about spending and earning on the fly to get through everything. When that boss fight comes around, you can sure bet everyone will be looking for an edge and saving up to make those big moves.

One of the biggest time-saving and streamlining efforts came from where all combat starts: Initiative. If the goal was less rolls and faster action, it was a no-brainer to trim Initiative down to a single roll. Roll once and run through that order cycle. We chopped a dice roll and some serious record-keeping time each round. Players got smoother action, and the GM got a system they could track with ease. We wanted everyone involved, so we kept it flowing but with the trim we still needed a way to give those speed freaks of the shadows their service. Actions became our go-to tweak, and we set up an action economy that played out not only for those who wanted to go all out but also those who liked saving a little something for later just in case. I’ll admit it was frustrating early on that not every round was 100% action efficient. Leaving a few actions unused felt like you were missing out, but with the speed of the initiative cycle it didn’t matter. You were right back in the action soon enough, and it made everything feel so good.

In the end, we came up with a system that kept my group’s hacker and mage happily sitting at the table and waiting for their next turn instead of whipping out phones or checking out or going to pick up pizza, while also making the street sam feel like she still ruled combat in the shadows.

All in all, we slimmed it down and made a system that will make Shadowrun, Sixth World run smoother and fresher than any previous edition. Thanks for tuning in—now I need to get back to the writing desk. These books don’t write themselves!