I’ve been editing fiction for Catalyst Game Labs for several years now, and I like to think I’m pretty decent at it. But even though I’ve commissioned dozens of stories and novels, some projects still require a bit more of a hands-on approach due to their unique nature. And along with that uniqueness often comes a deadline that is just as immovable as anything else in publishing.

Just like the one for this article was. How was I supposed to write about overseeing the creation of six interlinked novellas set in the new backdrop of the next edition of Shadowrun, and featuring the new characters from the Beginner Box Set and take you through how that all came about? 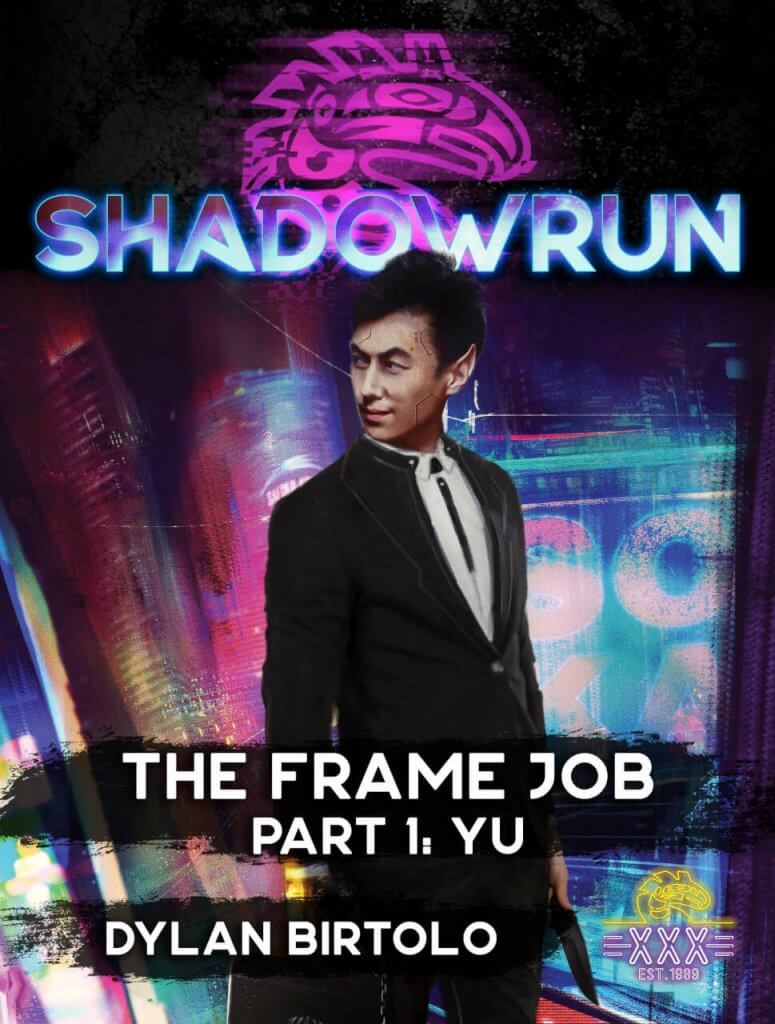 While I was staring at my computer screen, trying to get the words flowing, the core idea hit me: for all intents and purposes, a tie-in fiction editor is a lot like a Mr. Johnson in the Sixth World.

I receive my assignment from the corp: It all started when the CGL overlords (well, one of the overlords) Randall Bills started a thread (or perhaps an e-mail) about how to tie our fiction line into the upcoming release of the next edition of the Shadowrun roleplaying game. I assured him that this was a great idea (it is), and of course I could commission a series of six original interwoven (!) novellas, all featuring a team of runners out to score some kind of major run on a corp, and have the first one ready to publish in about 45 days from initial concept (!!), with the next five to follow in two-week intervals leading up to the launch of the new Shadowrun edition this August.

I assemble my shadowrunning (shadow-writing?) team: Next, I had to pull together the group of writers I would hire to handle this trickier-than-usual job. Commissioning six Shadowrun novellas is easy; commissioning six novellas whose plot paths cross over one another and weave in and out as the story progresses is a very different item. I needed to find writers I not only could trust were familiar with the Shadowrun universe, but who were also solid writers that would play well with the rest of the group. If we didn’t have cohesion as each writer turned in their separate plot for the others to tie their stories in to, the whole project could fall apart.

Fortunately, I’ve been editing this IP long enough that I know several excellent writers who can turn in wonderful stories on relatively short notice. I also had contacts on the gamebook side of SR, and Line Developer Jason Hardy put me in touch with a couple writers who had been working hard on the core rulebook, were experienced in writing Shadowrun fiction, and who were also free (and willing) to tackle this project in the limited time frame it required. 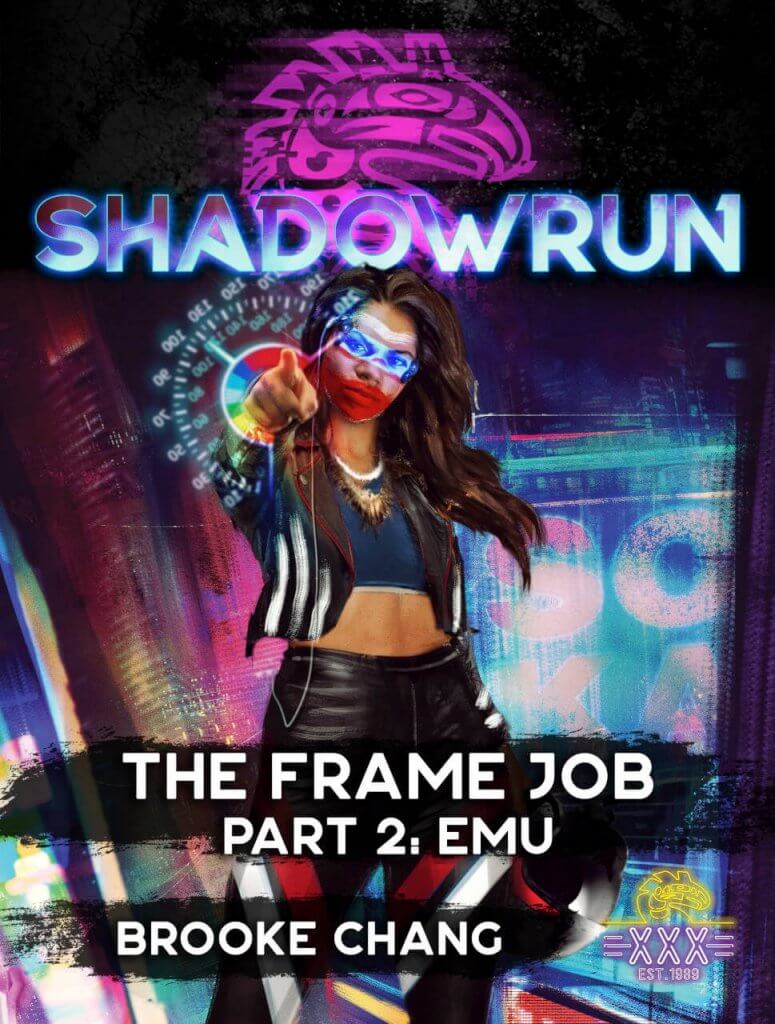 So, relatively quickly, I assembled my team: game designer and writer Dylan Birtolo; two Shadowrun, Sixth World writers, Brooke Chang and CZ Wright; professional game guy and Shadowrun enthusiast Bryan CP Steele; former BattleTech editor, and current Shadowrun and BattleTech freelance writer Jason Schmetzer; and to wrap the whole thing up into a nice neat ending, the same Jason M. Hardy (because he didn’t have enough to do with overseeing the creation of the new edition) who gave me his author list in the first place. Once again, no good deed goes unpunished.

I give the team their assignment and turn them loose: I brought the team together on our online Basecamp project managing site and pretty much let them loose on figuring out the who, when, where, why, and how the overall plot would go down while I kept tabs on how things were progressing and weighed in on ideas and answered questions when needed. The authors all came together nicely, and soon the ideas were flowing fast and furious.

I take the results of each section of the overall mission and make sure they work for the parameters I’d been assigned: The novella manuscripts started hitting my inbox, and that’s when I really got to work in editing and shaping each piece to make sure they fit our vision of what the overarching story was going to be. I’m pleased to say that everyone has delivered stellar work so far, and I have no doubt that the rest of the pieces will be up to the high bar of the first three stories we’ve published.

When the last of the stories is completed, I will make sure the runners…er, writers are all paid for their work, and I’ll enjoy the satisfaction of having overseen the completion of another successful mission in media tie-in publishing. The job’s only half done at this point, with me still having to review and make sure the last three stories bring our story to its exciting conclusion. But I have every confidence that the rest of my writing team will do it justice. 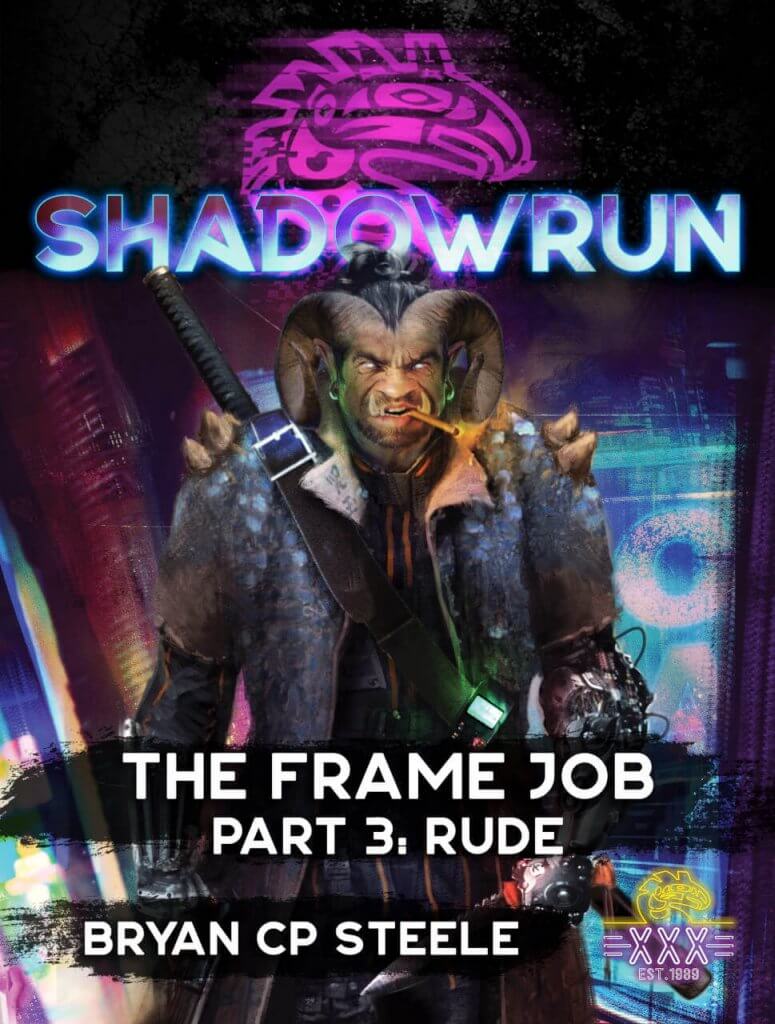 Okay, so there was no posturing for respect on the mean streets or last-minute double-crosses among the writers (good thing, too) or betrayals from the corp itself—the closest thing to any obstacles I encountered was that some of the authors needed a few more days to complete their stories (and one time cover art was delayed, necessitating a rescheduling of the publication of one novella). Frag, I even work on a computer for 99 percent of the time, so I don’t even get so much as a paper cut nowadays.

The team I put together worked like a well-oiled machine that gave me the results I wanted, and the final product is a great introduction to the exciting world of Shadowrun, Sixth World. I completed my assignment (or will), making my corp happy and allowing a very talented group of writers to show all the Shadowrun fans what they can do. In short, I executed like a true Mr. Johnson.

But now, as I’m re-reading this, maybe editing tie-in work isn’t all that hazardous, and perhaps I’m stretching that editor-as-Mr. Johnson analogy a bit too far…